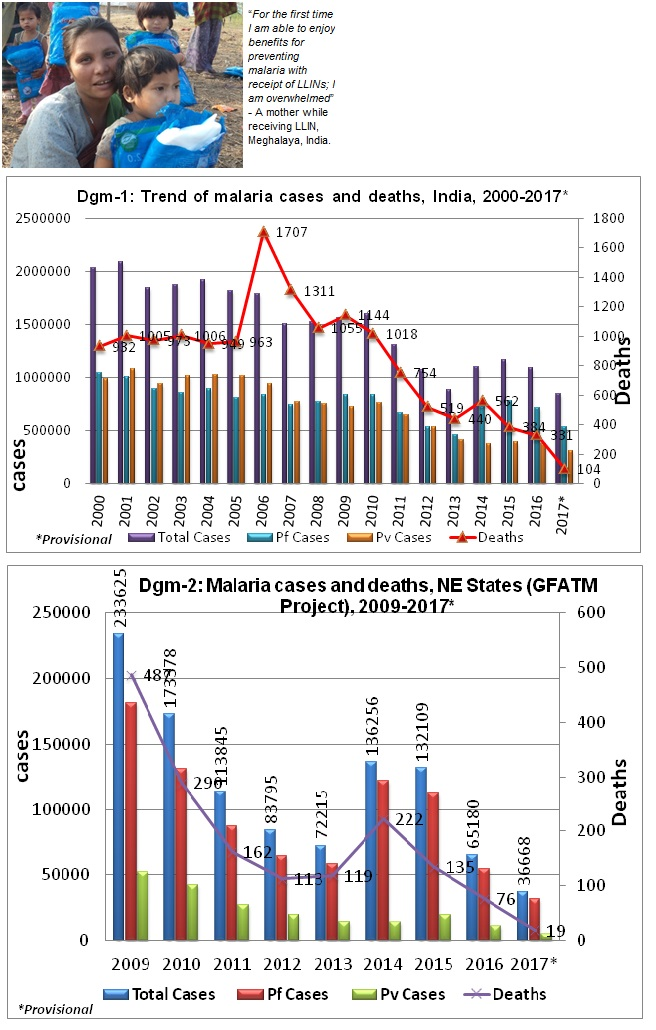 India contributes 89% of total malaria cases of WHO Southeast Asia region (World Malaria Report, 2016). Over the past decade, India has made significant strides in controlling malaria. With Annual Blood Examination Rate remaining at about 10%, from 2000 to 2017 malaria cases declined from 2.03 to 0.84 million; Annual Parasite Incidence reduced from 2.3 to 0.65 per thousand; and deaths declined from 932 to 104 (Dgm-1). India, having achieved the Millennium Development Goal target for malaria, is now targeting malaria elimination by 2030.

There was a setback in 2014-15 when malaria cases upsurged due to outbreaks in Tripura, Meghalaya and Mizoram indicating that there is no room for complacency and also underlining the importance of sustained targeted interventions towards malaria elimination.

The National Vector Borne Diseases Control Programme is confident of successfully pursuing malaria elimination agenda, by further intensifying the interventions to progressively advance towards elimination by 2030, working together with civil society and other stakeholders.